Nobody Cares But Me 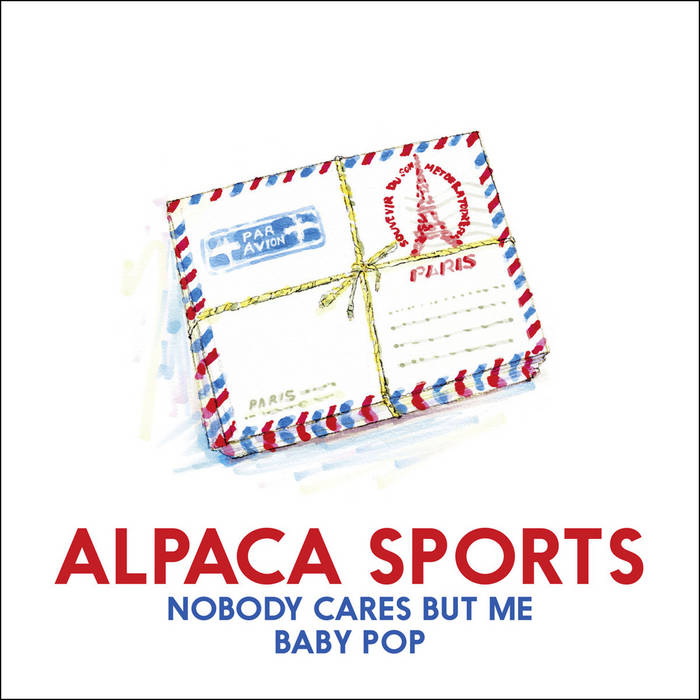 "Nobody Cares But Me" is the advance Digital Single of "From Paris With Love", the new album by ALPACA SPORTS

This September, the long-awaited second album from ALPACA SPORTS will finally be released. The group comes from a long line of Swedish indie pop, which traces back to groups like CLUB 8 and SAMBASSADEUR. “From Paris With Love” will arrive with twelve new songs that tell us the story of the feelings singer/guitarist Andreas Jonsson had when he relocated to Paris in 2016.

The crystalline guitars are back, and so are co-writer Lisle Mitnik’s lush arrangements. And as always, beneath the optimistic pop melodies, ALPACA SPORTS’ signature melancholy lyrics evoke a subtle sadness, as heard in this second single, “Nobody Cares But Me”. Beginning with the dreamy vocals of singer Amanda Åkerman, the song explores the disillusionment of discovering life doesn’t always turn out the way you expect it to, and the struggles of trying to reclaim our youthful idealism. This dichotomy of expectation vs. reality is further explored in the new video by Carl Jirestedt, where images of our protagonists’ pastoral Swedish landscapes mix with vivid interiors, all loaded with suggestive doses of intimacy and color.

Another thing we like about this release is discovering a B side as solid as “Baby Pop”, a fantastic song that is an exclusive release for this Digital Single. There’s a reason their early 7” Singles are so sought after and coveted – it’s the quality of these “extra” songs that you can only find on their flip sides. Catchy and jumpy like few other songs in their discography, “Baby Pop” is another hidden gem to add to your collection.

Ultimately, our excitement to get our hands on “From Paris With Love” is multiplying. ALPACA SPORTS have managed to make a style we have been in love with for decades, indie pop, all their own, and they are one of our most competent caretakers to keep it vital well into the 21st century.