When You Need Me The Most 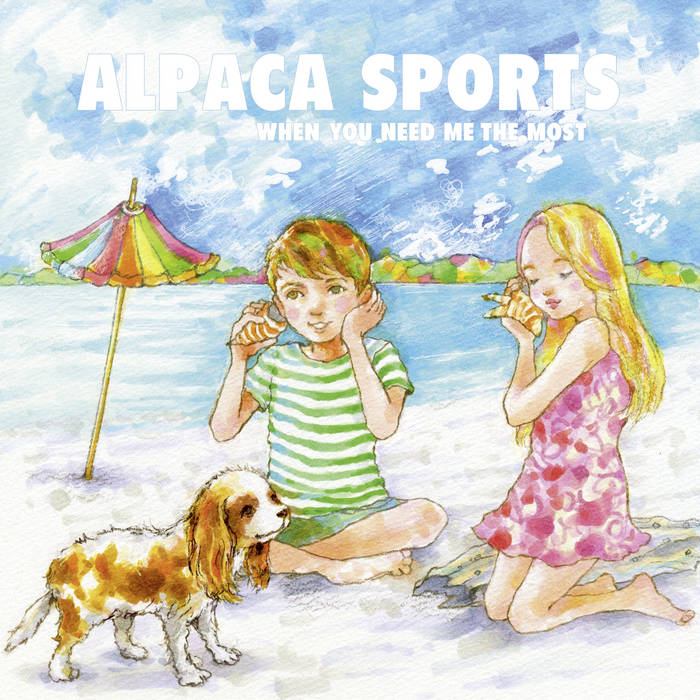 Since they got started in the winter of 2011, everything has been big news about ALPACA SPORTS. Their indie pop has reached the ears of fans all over the world, from the United States to Japan to Peru, not to mention Spain, England, their native Sweden, and a dozen other countries. Almost all fans of this style have heard about their debut album and the numerous singles they have released over the last few months, with the album covers done by the Japanese illustrator Ray Kimura, or their unforgettable concerts in festivals like New York and Madrid Popfests, and Indietracks. Songs like “He Doesn't Even Like You”, “Just For Fun”, and “Just Like Johnny Marr” have already become a part of the collective memory of recent indie pop, and have made this tremendous young group so loved.

And now for the big news - Elefant Records is releasing “When You Need Me The Most”, the group’s new songs on a blue, 10”, 1000-copy, numbered-limited-edition. Six songs that are another great display of their immediacy, their contagious choruses, and their love for bands like THE SMITHS, ANOTHER SUNNY DAY and BELLE AND SEBASTIAN. It is an “international” album, as its own composers call it, and it makes it clear what an incredible experience ALPACA SPORTS is proving to be for Andreas Jonsson, Amanda Åkerman and Carl Jirestedt. Let’s take the trip step by step so we can understand better. First of all, Lisle Mitnik (TINY FIREFLIES, EDINE AVEC LISLE MITNIK ET SON ORCHESTRE, FIREFLIES, VERY TRULY YOURS...) forms part of the band from his homebase in Chicago; he participates in the songwriting online, which we can hear from his contributions on the guitar, organ, strings, etc. The drums and bass were recorded in New York, in the famous Marlborough Farms studios of Gary Olson (LADYBUG TRANSISTOR), who also added some trumpets. The musicians were Julia Rydholm (THE ESSEX GREEN, THE LADYBUG TRANSISTOR) and Hampus Öhman-Frölund, the latter already a veteran from their previous recordings. The album was ultimately recorded and produced by Ian Catt (TREMBLING BLUE STARS, SHAMPOO, SAINT ETIENNE...) in London, and of course the cover art is straight from Japan by Ray Kimura herself. The first two videos from this release were recorded in their native Gothenburg (Sweden) and Paris, respectively. Of course, the label, as you know, is Spanish.

It is a trip around the world in six marvelous songs. “Just Like Them” gets things off to a lively start, and their instantaneous melodies fill the songs with freshness. A trademark hit, it tells a story of disappointment, the kind you feel when someone special who was really close to you for a long time changes and becomes just like everyone else. “Need Me The Most” leads us into a luminous mid-tempo, somewhere between THE PALE FOUNTAINS and THE GO-BETWEENS. “There's No One Like You” is another key moment on the album, and it closes the first side. It is soul pop and a line that we cannot get out of our heads: “It's been a long time now, since I saw you around”.

“I Love You” reminds us of the best of THE PAINS OF BEING PURE AT HEART, with an ultra-seductive chorus and lyrics that make it clear what ALPACA SPORTS are like: direct, clear, open, free of crypticism and uncertainty... Straight to the heart. “Where'd You Go?” leans excellently toward the sixties sound that groups like THE SCHOOL and CAMERA OBSCURA cultivate so well. We wrap things up with “When I Hold You”, a slow, delicate song, like the first singles from Sarah Records.